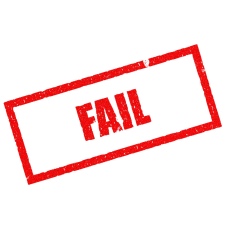 Okay, so they are only self-imposed deadlines, but I think that makes it feel worse when you miss them, because you are disappointing yourself.

I’ve been waffling back and forth about whether I want to sell physical products (which would require me to deal with collecting sales tax) or whether I want to limit my sales (at first, at least) to digital downloads – which would not require me to collect sales tax in my state of residence.  (Etsy collects sales tax and handles all of the reporting/payments for states that require it even on digital products; for now, anyway.)

Part of my avoidance is that, in general, sales tax on the internet is becoming a huge pile of red tape.  For a long time, internet sales were exempt from sales tax because the internet didn’t exist when most of the laws were written.

Fast forward to the digital age, and everyone wants their cut of internet sales.  Instead of only having to worry about the laws in the state you physically reside in, it’s rapidly becoming that you have to worry about the laws in every state, regardless of where you live.  Which is a giant headache, and one that will likely drive a lot of people out of business, because the convoluted record-keeping required is just too time-consuming and expensive and eats up their time and/or profit.

For now, digital downloads seem to be the way I should go, if only for my own sanity.  Having finally decided that, I have begun working on designs for the coloring pages and stickers I hope to sell. Let’s hope the laws don’t change on me before my procrastinating butt finally kicks into gear!