I’ve been playing with various options with the mandalas I’ve created so far.  I’ve made a bunch that I’ve posted here on my blog, but I am also working on others that will hopefully go into my Etsy store for sale as digital downloads.

I wanted to see what some of my designs would look like if they were colored in, to make sure that the designs were intricate enough to be interesting to color.  I also experimented with different ways to color them in, since I want to give people options.

I took one of my favorite mandalas so far (Mandala 6) and tried a few ways.  I’ve been using my Procreate app on my iPad to create these mandalas, so I wanted to see what they would look like if I colored them in using Procreate.

I know many people have coloring apps on their phones and iPads, so I thought this would be a good way to see how well my designs worked doing so. 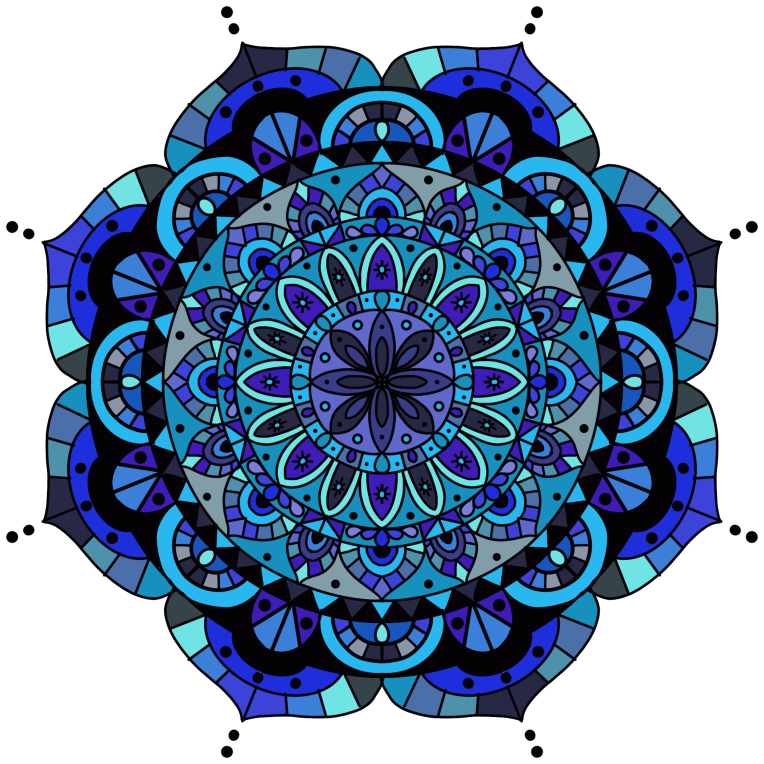 I’m pretty happy with the results.  I think there is a good amount of detail in the design and that it works well coloring digitally.  I can see where I’ve made some mistakes in creating the design, but since these designs weren’t specifically created for coloring, I’m not going to worry over it too much.

It would probably look even better if I had used a variety of colors rather than sticking with a blue scheme, but I had a reason for doing that, which you’ll see in a later post.

I am also hoping to offer the option to purchase my mandalas (together or separately) as stickers, so I need to test out coloring them on sticker paper as well.  If nothing else, I’ve had a lot of fun creating the mandalas themselves, so I’m calling all of this a success! 😀

One thought on “Digitally Coloring Mandalas”