One of the things I’ve noticed with everyone at home is that people seem to feel guilty if they are not ‘busy.’  It apparently has become a cultural expectation that you are ‘busy’ all the time.  The busier you are, the more successful you must be.

The internet is filled these days with things you can do/learn/bake/read/create/draw/make/paint/etc. to make sure that you’re staying busy. You’re made to feel guilty if you aren’t using this ‘time off’ (hah) to somehow improve yourself – whether it’s by learning a new skill, working on your fitness, or whatever.

I find this strange on several levels.

If you look at people who are very wealthy, they’re not generally very busy.  Some are, of course, but most aren’t.  “Deals get made on the golf course,” you’ll hear.  As if the deal they are supposedly working on somehow cancels out the fact that they are golfing, not working.

I think we can all agree that meetings are some of the least productive things you can do with your time.  But again, wealthy people (like CEOs) expect you to believe that they are busy (and thus important) because their days are filled with meetings.

It’s okay if you aren’t busy every minute of every day.

The world won’t end.  It just means that you need to slow down sometimes and recharge.  Vacations are a thing for a reason.

Although, now that I think about it, most people are encouraged NOT to take vacations (at least in my experience).  You need to be busy, busy, busy and putting your time and effort in at your job.  (This may not be true everywhere – I happen to live the US, and that is very much the culture here.)  In fact, most people only get two weeks of vacation a year, and that’s if you have a very good job.  In today’s gig economy, most jobs don’t offer benefits like vacation.  You can take a vacation, but then you don’t get paid – something a lot of people can’t afford.

I have made a conscious effort to keep myself occupied, because depression can sneak up on me if I don’t.  But it’s okay if some days you just want to lay on the couch and read.  Or lay on the couch and do nothing.  All the things on your to-do list will still be there later.  It’s okay to not be busy. 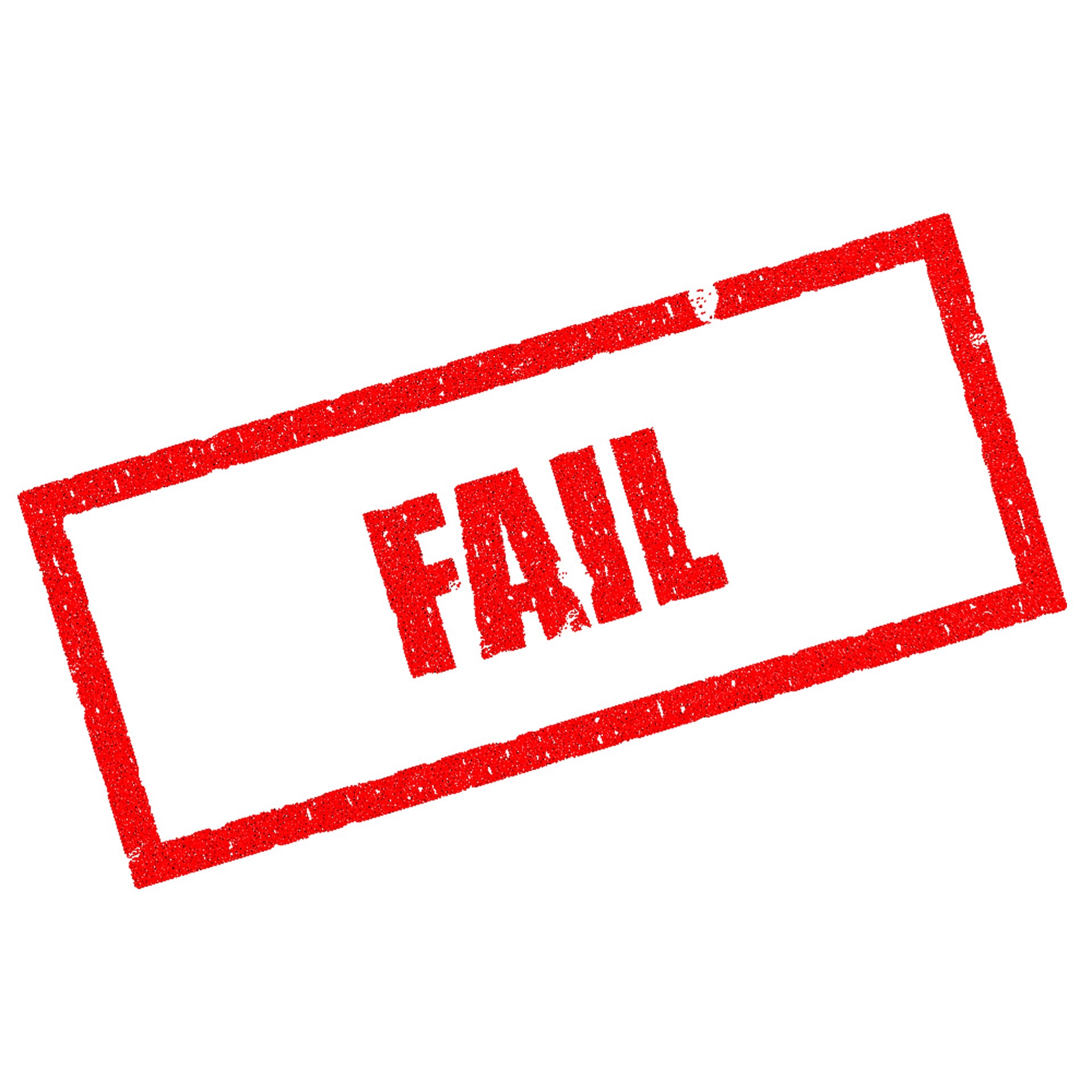 People think of failure as the end.

It’s a chance to start again.

I’ve always been the kind of person who has several projects going at once.  When I was younger, I had the energy for lots of things, but not the time.  The older I get, the more time I have, but the less energy.

So, that means I sometimes have to admit defeat.  Not every project I start will get completed.

Failure is how we learn.  My most recent failure taught me that starting over is okay.

Over a year ago, I started to crochet an afghan for my mother-in-law.  It’s a simple pattern, and one I’ve made before, so I know I can do it.  However, this time the pattern was giving me fits.

Every row it seemed like my stitch count got off somehow and I would have to rip it out and start over.  I finally got through about 25 rows.

Or so I thought.

On row 26, suddenly my stitch count was off again, and I couldn’t figure out where.  After ripping out several rows and still finding myself off, I decided to put the project aside for a while.

Fast forward to last week, when I finally picked it up again.  (That old adage – “Out of sight, out of mind” – is apparently true.)

I still couldn’t figure out where I was off.  So I decided to admit defeat.  My frustration with the whole thing was exacerbated by the fact that I didn’t have enough skeins of matching yarn to finish anyway. (I kept telling myself I’d go buy the rest, but I never did.)

So I sat down and unraveled the whole thing.  I now have a large 3-skein ball of yarn.  I don’t, however, have a barely done afghan sitting in my office taunting me.  And when I was done rolling up the yarn, I actually felt better.

I made a decision about the project and now I am able to let the guilt about not completing it go.  My mother-in-law didn’t even know I was making it, so the only person it was bothering was me.  And frankly, I have better ways I can spend my time than feeling guilty.

So if you find yourself lamenting a project you haven’t completed, think about why you are hanging on to it.  Is it because you truly want to work on it? Probably not, or you would have completed it.

In the words of everyone’s favorite ice princess – Let it go! 😀

My OCD need for organization has been the butt of many jokes in my life. My children find it hilarious that I can’t remember what I had for dinner last night, but I can tell you if someone moved my stapler two inches. (Maybe that’s just my OCD and not my need for organization, but that’s my story and I’m sticking to it.)

I’ve always been a ‘neatnik,’ as my mother would have said. I like things to have a place and for things to be in that place. There are things I don’t do – like organize my clothes by color or season or things like that (because I don’t have the time, nor do I care, frankly). When it comes to my office and files, however, I want everything neat and tidy.

I started using daily planners in college to help keep track of homework, due dates, etc. I’ve been using them ever since. However, I usually have just purchased a generic daily planner and used those. I like having my month laid out so I can see everything at once. The planner was something I liked and used because I wanted to, but once I had children, it became a necessity.

A few years ago, someone mentioned a bullet journal and I was intrigued. I did some research and decided I would try it.

My need for perfection ruined my use of the bullet journal. I felt like I had to not only be an expert at using the bullet journal, but also be a fantastic artist and decorate it beautifully as well. Which, of course, didn’t happen, and I got so frustrated I quit using it and went back to my generic planners.

Fast forward to about 6 months ago, and I discovered the planner/sticker community on YouTube and Etsy. I was instantly hooked – a way to stay organized with a planner and make it look cute and fancy, but with stickers! As I dove deeper into the idea, I realized a sticker business was something I was interested in. I could work from home, set my own schedule, have some extra income, and satisfy my own need for creativity and organization.

I don’t know if this business idea will work out, but that’s part of the fun, right? I might succeed, I might fail. Either way, at least I will have tried, which is more than most people can say. I’m still working out the logistics of everything – setting up my Etsy store, making product, learning about incredibly boring things like sales tax and online business, but it’s all slowly coming together.

I’m also a huge procrastinator and I suffer from sometimes debilitating bouts of imposter syndrome, but I am determined to see this through. So follow along and watch me fail and learn.

Welcome to my little corner of the internet – the Hermit Hut! It’s usually just me in here, but it does get lonely. So, I decided to hang a shingle and invite you all in.

I’m a lifelong introvert, though I’m not officially a hermit – yet. It’s not that I mind being outside – it’s the people. And most people are nice, don’t get me wrong, but people are sometimes (most times) mentally and emotionally exhausting for me. I’m just not built to be sociable and ‘on’ all the time. I need time to recharge my batteries, and for me, that means time alone.

The last few years have been great, because my kids are in school and I have a part-time job that forces me to get out of the house. So I get time to socialize, to work, and I still get to have a lot of alone time, which suits me just fine.

I started this blog because I wanted to share my journey – both in living life as an introvert and starting my online business. One of the possible changes coming in my life is a more nomadic lifestyle, and so I wanted a way to connect with people and to have a decently stable job that I could do from pretty much anywhere. (I decided to start a sticker shop on Etsy, in case you’re wondering.)

So, come along and watch me fail! Because that’s when you learn – when you fall flat on your face and have to pick yourself up, dust yourself off, and start again. There’ll be plenty of failures here and plenty of laughs (not all at my expense, I hope). Let’s all laugh and learn together and, again, welcome to the Hut!